CCTV Cameras have played a vital role in the development and advancement of the security and safety of many individuals and organisations without any extra human effort being applied. The surveillance cameras might reach up to a billion around 2021 according to an estimate which nearly comes around $20 billion USD. According to the report, 65% of the CCTV cameras users are situated in Asia.

With rising concern about the security of the loved ones and their proper functioning of the industrial premises. The surveillance security solutions and products manufacturers have been innovating as well as developing their products on CCTV cameras. Therefore, we have provided the details about the CCTV camera industry below in the article.

At an ancient time when CCTV Industry was not there, people hire a guard to monitor but it was an impossible task to monitor every second. human monitoring failed where the environment was not suitable for humans, like in a lab, or in a small cave. So a requirement comes into existence and takes a shape of a CCTV monitoring system.

An early mechanical CCTV system was developed in June 1927 by Russian physicist Léon Theremin for observing the visitors in the courtyard of the Moscow Kremlin. In the year of 1942, Siemens AG in Nazi Germany developed and installed the first CCTV camera to observe the launch of V-2 rockets for the Nazi Government. The first commercial use of the CCTV camera in the USA was available from 1949, called Vericon.

In the earlier days of the launching of the CCTV camera, there was no recording available of the live video surveillance therefore, the users have to monitor the cameras regularly for surveillance. Even if the recording of the live video was possible, it was considered time-consuming and expensive due to the magnetic tape reels which must be changed by the operator manually.

By the 1990s the multiplexing technology allowed the surveillance camera operators to record video from all the cameras simultaneously along with the motion-triggered recording. Marie Van Brittan Brown was the first person to pioneer and get a patent for a CCTV home security system developed along with her husband. This technology is still used in modern surveillance cameras up today.

Olean, New York became the first city in the USA to install CCTV cameras to make an effort to reduce the crime rate. By 1998 the New York City has almost 3,000 CCTV cameras systems for deterring crime in public places. The first use by local government was in King’s Lynn, Norfolk, in 1987.

At present time almost everybody knows about CCTV security systems or video surveillance systems. The most important thing about this industry is that each and every person needs it in a simple word you can say that people want to be secure and the first step of security is CCTV camera. CCTV is not only a solution to security but it also provides a way to watch things at remote locations.

But at that time when the CCTV industry comes into existence, there was no way to record the footage. At that time there was the only way, just keep eye on the monitor all the time. From that time there has much significant development in the storage of the video streaming from CCTV cameras.

With follow attack of September 11, 2001, there has been a surge in demand for surveillance cameras in the market. There are approximately more than thirty million cameras installed around the United States in the year 2011 according to NBC News. The market in the United States of America for CCTV cameras is estimated at US$3 Billion by the year 2020.

Stages of the CCTV Camera’s Industry

Here we have provided in simple and easy language the details about the year wise development that took place in the development of the modern CCTV camera surveillance industry global with the great advantage of safety and ensuring better security.

Russian physicist Léon Theremin was the first person to develop the CCTV camera system in the Soviet Union in 1927. Another CCTV surveillance system was developed by German engineer Walter Bruch in 1942 to monitor the launching of the V2 rocket. Walter Bruch was also the inventor of colour television. At that time it was a very unreliable and expensive process.

In 1966 first domestic CCTV was used by Marie Van Brittan Brown who launched a complete series for the home security solution, includes some door sensors. It is also known as the beginning of the commercialisation of the CCTV industry.

1970 was the year when VCR came into existence. VCR was a unique way to record the footage and erase it. It was also easy to install as a comparison to the big magnetic drum.

This tool allowed several cameras to record at the same time and be viewed from just one monitor. The introduction of multiplexing meant CCTV was now more efficient. It is also a big revolution in the CCTV industry.

After 2000, a revolution came into the industry, by 2000 VRC were replaced by digital recorders. CCTV became much easier to operate. With this technological development adoption of CCTV started growing.

IP cameras utilise the internet to transmit footage in digital form, making it available on a number of sources. With the popularity of digital tools increasing, this was the first year when digital cameras and devices overtook older tools – signalling a shift in CCTV technology.

There are about 350 million surveillance cameras worldwide as of 2016. About 65% of these cameras are installed in Asia. The growth of CCTV has been slowing in recent years. With the rising concern of the Covid-19 crisis, the companies are developing thermal as well as face mask recognition technology for their clients. China has been the main consumer in the Asian market of CCTV cameras with approximately 170 million surveillance systems being installed across the country.

The CCTV camera industry is expected to reach around $20 billion USD by the end of 2025. There has been recent development related to the covid-19 crisis as well. The companies are introducing the latest innovation such as facial recognition with face masks and thermal as well as body temperature screening for the safety of the health of their clients and their premises.

We hope and expect the article is helpful for the user clients to learn more about the industry of the CCTV cameras along with other details. Thank you. 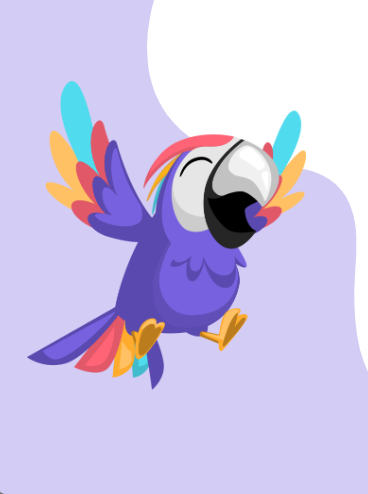